COP26 expected to be most significant climate talks since Paris 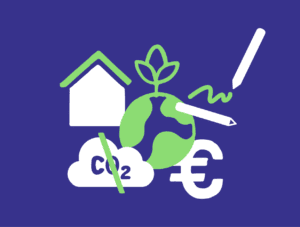 This November promises to be a pivotal moment in the fight against climate change.

World leaders will meet in Glasgow for the 26th United Nations climate change conference (COP26), twelve days of talks expected to be the most significant since Paris. But what will be on the table? Here we explain the four main goals:

The talks will centre around the so-called Nationally Determined Contributions (NDCs), national plans setting out how much each country pledges to reduce their emissions. NDCs must be updated every five years, making this the first occasion since the landmark Paris Agreement of 2015.

The commitments laid out in Paris did not come close to limiting global warming to 1.5 degrees, so countries must ramp up their ambition in Glasgow. Countries are being asked to come forward with ambitious 2030 emissions reductions targets that align with reaching net zero by the middle of the century. But many of the world’s largest emitters have already missed the UN’s pre-conference deadlines to submit their plans.

A further bone of contention surrounds timeframes, with countries divided over whether targets should cover five- or 10-year periods.

COP26 aims to enable and encourage countries affected by climate change to protect and restore ecosystems, as well as build defences, warning systems and resilient infrastructure and agriculture to reduce the impacts of climate change which the world is already experiencing.

It is over a decade since developed countries pledged to provide at least $100bn in climate finance per year by 2020. One of the main objectives in Glasgow is to make this promise a reality: OECD data from 2018 puts the total at less than $80bn.

COP26 will aim to finalise the Paris Rulebook, the detailed rules that make the Paris Agreement operational.

COP 26 will be held in Glasgow, Scotland between 31 October and 12 November 2021, under the presidency of the United Kingdom. Find out more on the COP26 website.

Brussels, 27 May – If EU member states were to fully implement existing waste management regulations, it would create 400,000…

Luxembourg, 23 July – The board and shareholders of the European Investment Bank (EIB) have approved a move to increase…